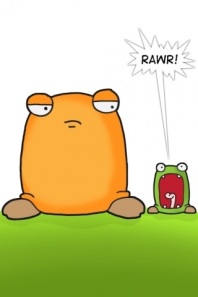 On twitter I´m following a young guy, just in the beginning of his carrier and a woman, who already has HUGE success and their approach to how you say stuff are really different. So it´s not so much on what i wanna say, but how do i wanna say it. Through social media(SoMe) we can´t see the facial expression, the sound of ones voice nor can´t we always tell what motive is behind a statement. Some people on twitter think Im really boring and has no sense of humor and some, luckily the ones I call friends, think I have a great sense of humor and that I from time to time knock people out the park by totally nailing a comment in a conversation. A friend told me, that SoMe is all about perception, and it is. SoMe is social and it´s conversations. In communication, only 5% of our communication is the actual words we choose. For that reason alone, I sometimes restrict myself from saying something on Twitter, cause I can´t be sure how people will perceive it. It´s like coding in C++. You have a 1000 ways to shoot yourself in the foot. So my statement here is that since we are living in a digital world, where SoMe has change the way we communicate(cause we talk more on Twitter, Facebook and other platforms, rather than calling or sending a letter. Remember the time where we used to have Pen Pals 🙂 ) We need to be more considered of how our message is perceived. Off course some people don´t care. Feel free to speak your mind, but when others come up to you on SoMe with a different opinion be careful of how you choose to respond. There are so many negative attitudes on SoMe. Just because you don´t agree with another person doesn’t mean that it´s okay to aggressively attack that person. It is so easy to hide behind the screen. Many people say things on Twitter, Facebook, You Tube or even WOW, that they would never say face to face. What do YOU have to say?